Cleopatra is a legendary gathering commander in Rise of kingdoms. She is a pretty bad commander and the only use of Cleopatra is gathering with gathering talent tree build. You can obtain Cleopatra with events and with gold chests. Do not invest universal legendary sculptures on her.

Cleopatra VII Philopator was the last active ruler of the Ptolemaic Kingdom of Egypt, nominally survived as pharaoh by her son Caesarion. She was also a diplomat, naval commander, polyglot and medical author. As a member of the Ptolemaic dynasty, she was a descendant of its founder, Ptolemy I Soter, a Macedonian Greek general and companion of Alexander the Great. After the death of Cleoptra, Egypt became a province of the Roman Empire, marking the end of the Hellenistic period that had lasted since the reign of Alexander. Her native language was Koine Greek and she was the first Ptolemaic ruler to learn the Egyptian language.

Active Skill
Heals some of the slightly wounded units in your army and nearby friendly armies and increases defense of these troops for the next 2 seconds.

Passive Skill
Increases siege unit attack and defense when gathering at resource points on the map. 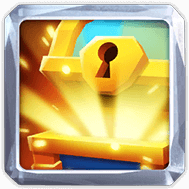 Gifts of the Nile