Hermann is an archer commander in Rise of Kingdoms. His main strengths include generating rage and reducing the rage of the enemies. His rage engine is extremely strong compared to other commanders, which makes him a powerful choice.

In this article, I will elaborate on Hermann’s skills, suggest builds to use with Hermann as your primary commander and evaluate some pairings so that you can determine whether Hermann is a commander you want to invest in.

There aren’t many Epic archer commanders in Rise of Kingdoms. For the time being, Hermann is the best we have.

Hermann is so powerful that he can defeat legendary commander El Cid in a one-on-one battle, and he is a special commander who can silence for 2 seconds and reduce rage by 100 points. Hermann excels in both PVP and PVE combat.

The only issue with Hermann is that he can be killed quickly. As a result, you must exercise extreme caution with him at all times or your hospital will quickly fill up.

Archers in Rise of Kingdoms can be easily killed, so be careful with all archer commanders. Especially with commanders like Hermann, who lacks skills that will allow him to survive.

His main goal is to find and silence the nuking commander. Furthermore, he will reduce target rage by 100 points. You check Rise Of Kingdoms Talent tree to see how well Hermann is performing.

Is investing in this commander a worthwhile decision in 2022?

Although it’s likely that Hermann is not your go-to choice when you are thinking of investing in a commander, you should still consider it because he has a lot of valuable skills. His high rage engine makes him an optimal choice for both new and experienced players.

Furthermore, he has a high utility and damage, as well as the ability to silence his enemies. I believe that this makes him a worthwhile investment. If you are considering investing in Hermann, this article will give you some clarity and helps you make your decision.

Which Talent Tree Build should you use?

Here, I will talk about a few talent builds that I recommend while using Hermann as a Primary Commander. Out of the Skill Tree, Archer Tree and City Defense Builds, the most useful build is by far the Skill Tree build.

However, these builds are just suggestions and it depends on your personal preference what kind of builds you want to use.

When using this build, remember that your best bet for Garrison defense is a peace shield. The garrison tree will also provide defense.

This is the most recommended build, especially for beginners. It focuses on Hermann’s rage potential and is applicable to all kinds of troops. It by far is the most effective one we have come across. Below are some talents in the build and how we think you should use them.

As I mentioned above, this is the most recommended build. This is because it places emphasis on Hermann’s rage potential and tries to enhance that with these talents.

Talents like Rejuvenate, Feral Nature and Razor Sharp generate additional rage. Since Hermann has significant rage potential, using this build will make him a formidable opponent.

It is clear that Hermann being paired with a commander with high rage potential would be an ideal choice. I have listed some epic pairings below and talked about whether they are a good rise of kingdoms pairing or not.

However, these are just suggestions and can depend on your personal preference and experience of the game.

Hermann and Kiera– Just like Kusunoki, Kiera too, is an archer and commander. Her skills focus on damage, she increases damage to enemies and reduces damage to her own troops. They make a considerably strong pair.

Hermann and Sun Tzu – Sun Tzu and Hermann make a strong pair because they both have a high level of rage generation. Use Sun Tzu talent tree if you are planning to use infantry.

Hermann and Boudica- Boudica’s skills too, focus on generating and reducing rage. Since Hermann’s skills are mostly rage generation, using these two would be a rage powerhouse. If you will use this pair for fighting barbarians use Boudica’s talent tree build.

Hermann and Osman- Osman’s skills involve very high damage factors. His 800 damage factor per active skill makes him and Hermann a strong pair. He has a strong nuking ability and can also increase troop capacity. Do not use Osman talent tree build for field fighting.

Kusunoki Masashige– Hermann and Kusunoki are an ideal pair. Although Kusunoki’s nuking ability is not as good as Hermann’s he makes up for it with his unmatchable AOE nuking ability. They do a lot of damage with their combined set of skills and are a formidable pair.

Great choice if you do not have YSG and Ramesses. They will buff Archer damage and provide some nice nuking. Kusunoki will provide 15% more defense. It’s not much but it will give you some survivability.

Hermann and Diaochan– Diaochan has a high single target damage and generates rage every time her skill is used. When she is paired with Hermann, it is clear that she will be using her skill often. This makes them a good pair.

Hermann and Joan of Arc It is a useful pair if you want to maximize utility and rage.

Next, I will talk about some legendary pairings. Just like for the epic pairing, it is ideal to pair Hermann with commanders with high rage potential. Here are some pairings to consider.

YSG is Great pairing for Hermann. They will provide so much nuke damage. Because Hermann haves a 10% chance to generate 100 rage points, that will provide for YSG faster usage of skills. yi-seong gye talent tree and skills have high rage generation which makes the two of them a formidable pair because Hermann’s skills will be maximized with a secondary that has high rage too.

El Cid– Well El Cid is ok pair but it not worth getting El Cid on max skills. It’s better to use Kusunoki instead of wasting golden sculptures on the commander that is in same as Hermann. Just like for the epic pairing, it is ideal to pair Hermann with commanders with high rage potential. Here are some pairings to consider.

Hermann and Fredrick– This is not the best choice because Fredrick does not contribute a lot to the rage. However, he does considerable damage, so although it is not the optimal choice it is still pretty strong.

Lu Bu- Lu Bu’s being paired with Hermann will generate a considerable amount of rage and will also reduce the rage of the enemy. This pairing is highly recommended if you are in the initial stage of the game. It will provide a strong defense to your city.

If you decide to invest in Hermann, here is a guide on the order in which you should unlock his skills. Since Hermann has a huge rage engine, I recommend maximizing the skills that involve increasing the rage (ambush, military genius and national hero).

In this way you will have as little points as possible on the legend of Teutoburger skill. Although it is a powerful skill to have, it’s more efficient to have your points in places that are most relevant to Hermann.

Hermann has four main skills. Here I will talk about what each of these skills do and why they are so useful.

Hermann’s active skill is this. It has a damage factor of 1150. This skill is useful because it reduces the enemy’s rage by 100 and silences them for two seconds each time it is used.

Active Skill
The target takes massive damage, has their rage reduced, and is silenced for 2 seconds.

Military Genius is a skill that is learned passively. This is useful because it increases attack by 10% while also increasing marching speed by 10% while in the field.

Teutoburger’s legend is a passive skill. It boosts the attack of the Garrison Troops and the Watchtower by 7%. This is beneficial because it contributes to the defense of your city.

Passive Skill
When this commander is serving as garrison commander, he increases garrison and watchtower attack.

The ability to be a national hero is a passive one. It boosts the normal attack damage of troops led by Hermann by 10%, including counter-attack damage. These attacks also have a 10% chance of granting 100 more rage. This is beneficial because it reduces the enemies’ rage, which will impede their activities.

Passive Skill
Increases the normal attack damage of the troops. Attacks can add up to 100 rage to your total. 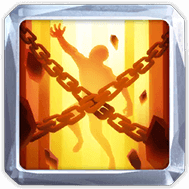 This is Hermann’s area of expertise. It multiplies active skill damage by 400. Hermann’s active skill has a damage factor of 1150, so whenever he uses Dead End, he becomes extremely powerful.

Enchanced: Ambush
The target takes massive damage (Damage Factor 1150), has their rage reduced by 100, and is silenced for 2 seconds.

Arminius, also known by his German name Hermann, was a Germanic Cherusci tribe chieftain who famously led an allied coalition of Germanic tribes to a decisive victory against three Roman legions in the Battle of the Teutoburg Forest in 9 AD.

Arminius, an auxiliary lieutenant to the Roman general Publius Quinctilius Varus, ambushed and destroyed the legions using his knowledge of Roman tactics.

The Roman Empire’s permanent strategic withdrawal from Magna Germania was precipitated by the defeat at Teutoburg, and the Romans made no further concerted attempts to conquer and hold Germania beyond the Rhine river. Arminius’ victory is regarded by modern historians as “Rome’s greatest defeat” and one of history’s most decisive battles.

Hermann is evidently your best bet as a commander, especially if you are looking for massive rage generation. His skills are powerful and this makes him a good choice to invest in.

It is highly surprising that more people do not use Hermann as a Primary Commander in Rise of Kingdoms because the importance of rage is very obvious.

Furthermore, his other skills like silencing his enemies, utility and damage add more value to his character. He is a well-rounded archer who is a worthwhile investment in the game.

Hence, in conclusion, I believe that if you are looking to invest in a commander in 2022, Hermann should be the one to choose. Although he is underrated in the world of Rise of Kingdoms, choosing him will be a decision you will not regret.

If you decide to invest in him, consider the pairings and builds we have listed above to gain maximum value from Hermann.