In Rise of Kingdoms, Pelagius is the best Epic cavalry epic commander. You’ll be relying on him all the time. He will be insanely good in field battles since he has the best talent tree build for cavalry. Pelagius can also be used to defend structures in the early stages of ROK.

Pelagius is a very flexible commander; you can get the best out of his skills if your make the perfect talent build tree.

We have listed down the best builds for using Pelagius as the primary commander. Pelagius will be a heavy nuking commander as well as a competent cavalry commander as a result of these talent builds.

Last but not least, this build is ideal for protecting your city if you are at an early stage of the game.

As you can see, in this build, there are not many city-related points, but the most crucial ones are certainly here.

We have Impregnable that reduces the skill damage by 15% when Pelagius serves as a garrison commander. Next, we have Nowhere To Turn, which gives an additional six Rage every time the city gets attacked. We also have Health that will increase the health of all the units under Pelagius by 1%.

As you can see, all these points become very important and useful when your commander is saving the city. You can change a few points depending on the situation, but this is certainly the best build out there.

This build will start with the goal of fully unlocking Pelagius’ nuking ability by unlocking the majority of the talents on Pelagius’ Skill Talent Tree.

As you know that Pelagius has a considerable amount of Rage, you might actually make the best out of his abilities if you focus on generating more Rage. Go all the way to the skill tree and focus on multiplying his Rage.

This build will make Pelagius deadly. If you pair him with a commander of the same Rage levels, you will fire up the game!

The next build we have on our list is the pure Cavalry build. You have to go straight up to the cavalry tree for this talent build.

This build might not have the Rage as the earlier build, but it is definitely the best way to get more hit-and-run combat.

The main reason behind this is that the top of the cavalry tree is the Rallying Cry. It increases all the damages dealt by 15%. Isn’t that amazing?

The way in which you want to go about it is your choice. However, we will suggest you start with rejuvenating, then Undying fury for more Rage generation, and finally go to the top of the cavalry tree.

This is guide for new players who just started playing ROK or created account on new server. Pelagius is great starting commander but later he will become so bad that you will not use him.

Rise of Kingdoms is one of the most popular games out there. Players are very dedicated and want to get the best results. The best results depend a lot on the commander you choose.

There are a plethora of commander options available, but which is the best one? We leave the choice to you; all we can do is tell the talents of different commanders and how to leverage them.

The commander for this guide is the very versatile Pelagius. He is an excellent epic commander ready to defend your city with cavalry.

With the correct talent tree builds, you can be confident that you’ll have a good option there to keep your city safe. In this guide, you will learn about the skills, the pairings, and many other things about Pelagius.

Is Pelagius Worth Your Investment?

Yes, Pelagius is definitely worth your investment. However, we suggest you invest in him after you have got the three cornerstone commanders – Joan of Arc, The Budaka, and Sun Tzu.

Pelagius is a popular cavalry commander because he is so versatile. He heals, generates a considerable amount of Rage, deals a lot of damage, and can even serve as a garrison commander for your city.

Because of his acting talent, which causes substantial damage to the adversary, he is regarded as a strong nuker. He can not only deliver massive damage, but he can also replenish a significant amount of wrath after utilizing his active skill.

Pelagius is a fantastic character, especially if you want to focus your gaming on cavalry. You can use this garrison commander’s abilities to fortify your city’s defenses.

In short, Pelagius is a great investment if you keep it on number four and leverage his Rage

When it comes to pairing Pelagius, you won’t want to make the wrong choice. He is a very versatile commander and can do wonders if you pair him with the correct commander.

If you are unsure about the rise of kingdoms pairs, fret not! We have got you covered. Here is a list of the best pair options of Pelagius:

Like you can pair him with Minamoto, G.khan or Cao Cao. They will all work great with Pelagius. In short, Pelagius will provide stats and healing and his pair will provide nice nuke damage.

Pelagius and Cao Cao make a great pair because they are specialists in cavalry and they have passive skills that improve the defense and attack of their cavalry units.

The rage restoration of Cao Cao is a great buff as his active skills are very strong. In this pairing, Cao Cao should be the primary commander simply because the Cao Cao talent tree is great.

To deal with AoE damage, it is best to select Baibars as the partner for Pelagius. His active skills can slow the march speed of the enemy and also deal AoE damage. His passive skills increase the cavalry attacks by 20%.

His passive skills also increase the ability to heal and increase the march speed by 50% for 10 seconds when Baibars and troops have left the battle. In this pairing, Baibars should be the secondary commander.

In Rise of Kingdoms, Sun Tzu is one of the strongest AOE nuking commanders. If his talents are maxed out, his active skill can deal massive damage to up to 5 targets. Aside from that, his active skill allows him to regain Rage quickly.

He is a master strategist and generates a ton of Rage. The troops led by this commander take 10% less damage, and Infantry units gain 10% increased Health.

The pair of Pelagius and Sun Tzu is quite a good option considering that Sun Tzu talent tree build and skill will fuel Pelagius’ Rage.

Boudica is an excellent PVE commander because of her skills and talent trees. She enhances damage to neutral troops while also providing rapid Rage regeneration and greater damage per skill.

She is certainly the best pick for pairing with Pelagius. She will help in generating Rage and simultaneously reducing the enemy’s Rage. She will additionally provide better heal and will successfully reduce the attack of the enemy.

Considering the fact that Pelagius already has a good Healing factor, Boudica is the perfect partner for him. If you are using this pairing, you must use Boudica talent tree build if you will fight barbarians.

Belisarius is another great pair option. In Rise of Kingdoms, Belisarius is the best pure cavalry epic commander. He has a talent tree that is comparable to that of the legendary leader Cao Cao.

If you want to be more mobile on the battlefield, you should go for Belisarius as primary. However, if you want to have more rage , Pelagius is better suited to be the primary.

Baibars is yet another good pairing option. You don’t have to worry about choosing the primary commander in this case because both of them can be used primaries. The reason is that they have more or less the same skills.

Osman is a powerful nuking epic commander. You can pair it with Pelagius for getting an exceptional Rage combination.

You must be aware of all the skills of Pelagius if you are an active Rise of Kingdoms player. However, we have listed them for your convenience –

With this skill, Pelagius gives direct damage to the target with additional damage that follows for the next 2 seconds. This lets Pelagius restore some rage after using this active skill. You would want to max out this skill first.

This skill lets Pelagius deal damage of 900 factors to the enemy. This is quite high for an epic Commander. Along with this, Pelagius can restore his rage up to 100. This lets him use his active skill even more. This makes him one of the best nuking commanders.

The total damage and Rage factor you get within this commander is commendable.

When playing as a garrison commander, the attack of the watchtower and garrison would increase. This is a great ability, but it is useful only when defending the city. This skill increases the garrison and watchtower damage by 7%.

Although this skill is just fine, you get to have all the troop types while defending the city.

So, it is a total of 900 healing factors, and the best thing is that it is not limited, as in the case of Frederick I. We can say that Pelagius’ healing is mind-bogglingly amazing. 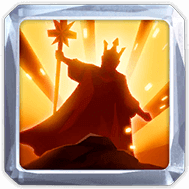 He is known for his mobility. Cao Cao is among the fastest Commanders in Rise of Kingdoms. Pelagius and Cao Cao make a great pair because they are specialists in cavalry and they have passive skills that improve the defense and attack of their cavalry units.

The rage restoration of Cao Cao is a great buff as his active skills are very strong. In this pairing, Cao Cao should be the primary commander.

How The Skills Work

Pelagius’ active talent deals up to 900 damage to his opponent, which is a respectable amount of damage for an epic commander. His fury restoration ability enhances his nuking ability, making him more powerful than other nuking commanders.

Pelagius’ Second Skill, Founder of Asturias, and his Expertise Skill, Oath of Asseuua, both strongly suggest that he is a cavalry leader.

In short, you get the perfect combination of Rage and defense. Which skill you try to maximize is up to you. However, we strongly recommend you maximize the first skill, then the second one, and take them up to four stars for unlocking the remaining two skills.

Pelagius was a Visigothic nobleman who established the Kingdom of Asturias and ruled it until his death in 737. He is credited with starting the Reconquista, or the Christian reconquest of the Iberian peninsula from the Moors, with his victory at the Battle of Covadonga.

In opposition to Moorish hegemony, he established an independent Christian state. Two Latin chronicles written in the late ninth century in the kingdom he founded are the primary sources for Pelagius’ life and career.

Pelagius is one of the very powerful commanders in the Rise of Kingdoms game. He is undoubtedly a good investment.

Now that you have the best talent builds and pairings at hand, leverage the skills of Pelagius and get the best out of it.