Ceroli Crisis is a type of event where you will team up with 3 players to defeat 5 different bosses. In Ceroli Crisis you have 5 different difficulties: Easy, Normal, Hard, Nightmare and Hell. Teaming up can be done with invite links in chat or with random match up.

Now Ceroli Crisis event is not so hard but is more about commanders and your technology, VIP, etc. You can know all skills from bosses but you will not have enough damage.

My advice is to avoid matchmaking. A lot of people do not know what to do or they are just bad. Some people simply do not care.

Try to get players from your kingdom that know how to play, have good commanders and skills.

There are 5 bosses in the Ceroli Crisis Event. For now, 4 are in Rise Of Kingdoms and one is coming soon. Every boss is different. Skills are not hard to learn. When you learn how to defeat bosses in Ceroli Crisis, you will see how easy it is. 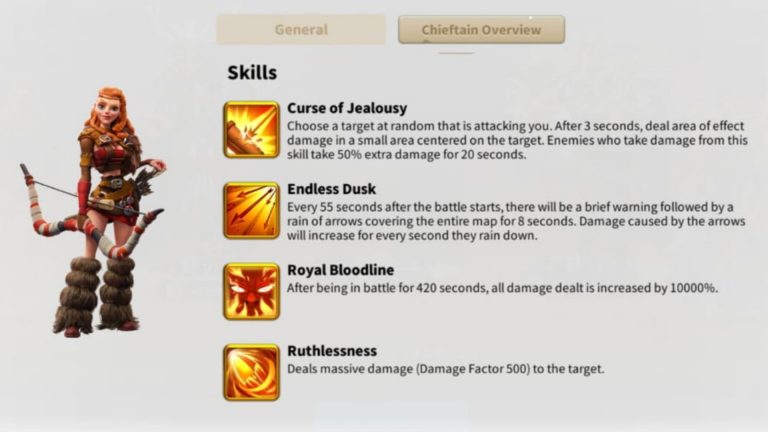 For Keira, you will use one tank and three DPS troops. It’s a relatively simple boss. You have to tank with Richard or any other tank commander while 3 other DPS commanders will do damage.

Dps commanders– Khan +YSG, Minamoto + Cao Cao but Khan and YSG are better because of nuke and AOE. You can use any commander pair with a high amount of nuking power.

Avoid slow– red circle that will blow after some time. It can be on your teammates or on you. If you do not avoid slow you will not be able to get in safety while arrows are falling down especially when the shield dome is far away.

If you can get under Shield dome in time just stay in place and let Richard use heal. This is because infantry units and commanders are very slow, and you do not want to waste time. 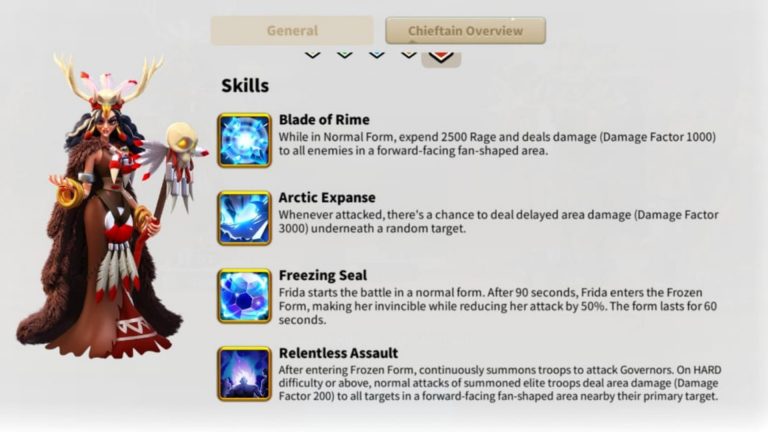 Frida is an easy boss to defeat. She has 3 most important skills that you must avoid and know. Skills are Blade of Rime, Freezing Seal, Thawing Point.

Commanders that are good against Frida are:

If you do not have them use something tanky with AOE like Sun Tzu.

When you enter in raid you must position your troops. Move your troop to 4 different sides and hit. Don’t run away from anything except when the boss went frozen.

If you are trying to move you will lose time and DPS. You do not want that. When the boss went frozen move all your troop away from the boss as far as possible and hit the small spawns.

Do not worry about spawn they will not do that much damage. Repeat the steps above. My biggest advice for this is to use strong AOE commanders.

Blade of Rime- skill will do a good amount of damage. That is why you do not want to stack troops. Just position them in 4 different directions. West, South, East, and North. With that positioning of troops, you will be able to DPS all the time without the need to avoid skills.

Freezing Seal- When Frida activates Freezing Seal just go to the end of the map. You need to spread out, every player at each end of the map. There, small units will spawn that you have to kill. That smaller units are easy to kill but they are doing AOE damage. That is why stacking up players at the same spot is not a great idea.

Thawing Point- THIS IS VERY IMPORTANT SKILL TO AVOID. When Frida leaves Frozen form she will do a big AOE damage multiple times. Avoid this skill or you will lose half of your troops. 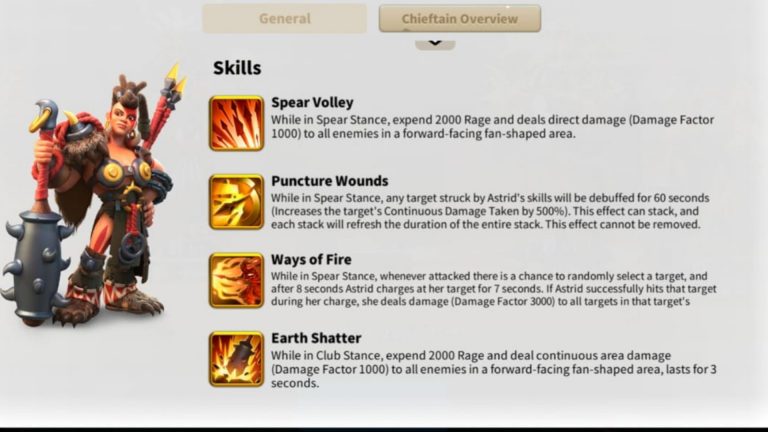 Astrid is a boss that can kill you all very fast if you are not careful.

It is not so hard to kill Astrid but just be careful. Arrow over your commander’s head and debuffs can end your raid very fast if you do not avoid them.

Spear Volley- Only one player should take damage from it. Do not stay close to each other or you will all get debuff where you receive 500 extra damage.

Ways of Fire- If you are targeted with this skill just run for your life. Do not let Astrid attack you or you will add 3 stacks of negative effects to all players and also you will receive a good amount of damage.

Earth Shatter- When you see that Astrid changed stances to this skill you have to be careful or you will die in 10 seconds. You will recognize this skill when you see a red club over her head.

Now you can stay and tank it if you do not have negative buffs from Astrida. If you have you have to run or you will die.

If you have a more than 3 debuff on the right side of your screen just leave fight till that buff disappears then attack here again.

Commanders that are good against Astrid are

Tank Guan+Alexander and for DPS commander with huge nuke like Khan, Minamoto, or Cao Cao.  In short, use the best damage commanders that you have. 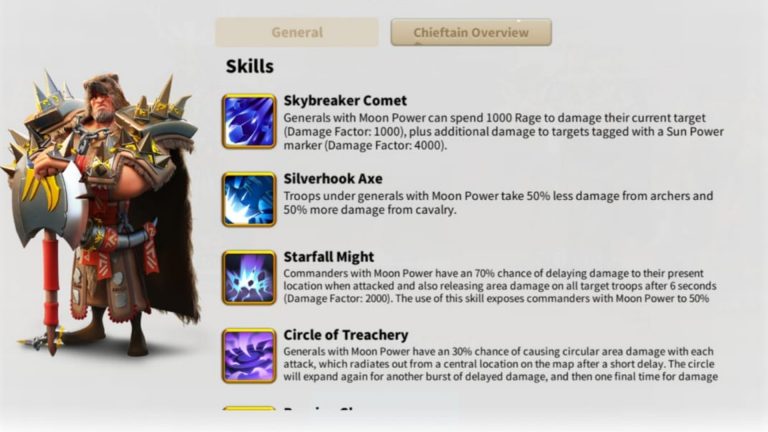 They are the hardest bosses to kill because people do not know what to do and how to kill it.

An important thing to know is that you must separate them at the start of the raid. If Ak and Hok are to close to each other you will receive damage and debuffs from both.

Another mechanic of this raid is that you have to avoid circles. If you see a smaller circle you must get out of it. If you see a big circle just go to the middle.

If you see that there is a random unit spawned you have to kill it.

What to buy in Ceroli Shop?

There is a lot of good things that you can buy in Ceroli Shop but first, you must buy new commander Keria because you will need here for upcoming events. I would advise you to avoid buying potions If you are not planning to go for the best time in ROK If you have Keira on the max level then my advice is to get War Helm blueprints, great for the cavalry units. Or simply buy what you like and need.

What type of role and skills you will pick depends on what commander pair you will use. 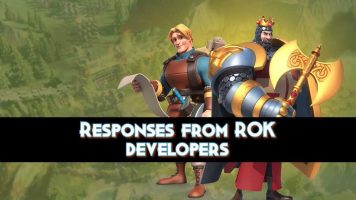 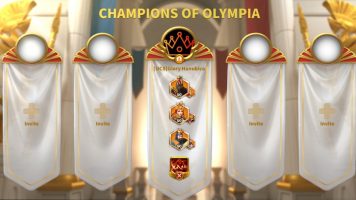