Troops in Rise Of Kingdoms are operated by commanders and there are 4 different types of troops: Archers Cavalry Infantry Siege. Every type of troops has different attack damage, health, defense and march speed. In Rise Of Kingdoms, you can use troops for several tasks.

Troops are hard to train in Rise Of Kingdoms especially later when you get to tier 4 and tier 5 units. They require so much time and resources to build. Problem is that your troops can die if you are not careful and you can not get them back.

Tier 5 units are strongest troops in the game and your goal is to get the fastest you can. The problem with tier 5 units is that they require a crazy amount of resources and time to build.

If you are a new player I would recommend you, avoid fighting and losing troops. Because you will have a low amount of troops and you will need all troops at the start so you can gather easier and destroy barbarians barbarians.

We have a great guide on how to get tier 5 units fast so check it out. 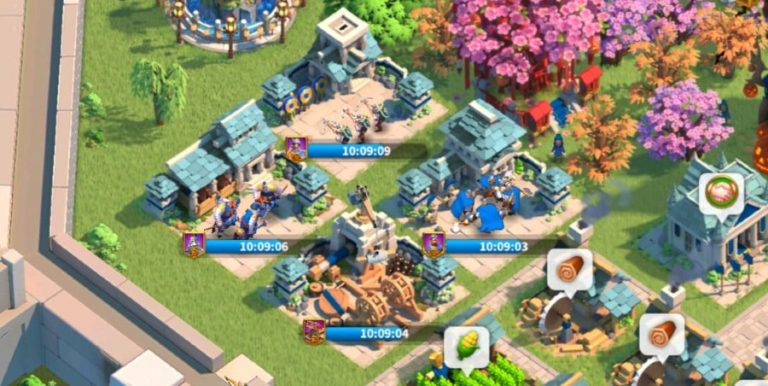 Never let your buildings for training troops idle. Every minute counts. Before you put your troops on training I would recommend you to see if there is any training rune on the map and ask for kingdom title. At first, it will look that you are reducing a small amount of time to train troops but over time you will see a big difference.

If you just unlocked new troops tier then you can upgrade them but do not train lower tier if you do not have tier 5. 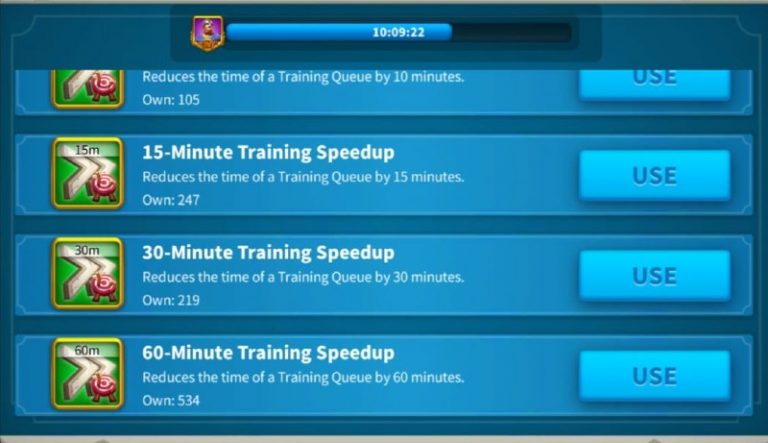 The best time to use training speedups to upgrade or train your troops is when there is a good event where you will be able to get nice rewards like mightiest governor . But do not use speedups if you do not have 15 % training rune, kingdoms buff for training and training title.

They will reduce the cost of training troops drastically. If you do not need a lot of troops you could wait and get your VIP level to 10 an then train troops. Vip 10 will give you a bonus of 15 training speed.

Choose what troops you want to train.

This is for free to play players and small spenders. In Rise of Kingdoms, we have 4 different types of troops. But all troops are different and they have the best commanders for them.

It is so hard to max legendary commander in Rise Of Kingdoms and that is why you want to choose what troops you want to train most. First, you want to see what commanders you have and you want to use.

Cavalry– great units and a great counter to the archer. If you are a new player it would be great if you choose cavalry as your main troops. You will have a lot of epic cavalry commanders to choose from the start.

Cavalry units are great for attacking, destroying barbarians and barbarians forts and most of the cavalry commanders have an insane amount of nuking damage.

Archers– if you are free to play and small spend, do not choose archers as primary troops. You will get focused a lot of field battles, they can die very fast, and overall they are week type of troops. They can be great for rallying objectives but only later in the game. Also, there is a low number of great epic archer commander. So do not use speedups on them.

Siege– do not use speedups to train them. They are the worst type of troops. They are used for gathering and attacking cities. So avoid them.

I would recommend you check the best commander pairs and commander tier list.