Joan Of Arc is the best support and farming commander in the Rise Of Kingdoms. She is a great early, mid and late game. With the right talent tree build, Joan Of Arc will give an insane amount of support buffs for your and alliance troops.

Joan of Arc is considered a heroine of France for her role during the Lancastrian phase of the Hundred Years’ War, and was canonized as a Roman Catholic saint. On 23 May 1430, she was captured at Compiègne and later put on trial. After the Bishop Pierre Cauchon declared her guilty she was burned at the stake on 30 May 1431, dying at about nineteen years of age. In 1456, an inquisitorial court examined the trial, debunked the charges against her, pronounced her innocent, and declared her a martyr. In the 16th century she became a symbol of the Catholic League, and in 1803 she was declared a national symbol of France by the decision of Napoleon Bonaparte.

Joan of Arc is basically all about buffing the nearby marches. Here we have prepared three builds for you that we highly recommend. Joan of Arc doesn’t have many options as two out of her three trees are not that great.

It’s only the support tree that is exceptional. It is, in fact, one of the reasons why Joan of Arc is considered powerful, as you can generate rage in huge amounts.

Now, let us have a look at these builds.

If you’re going to use Joan of Arc in an open field or in a canyon as a primary and you’re bringing mixed troops, then this build right here is recommended. This build gets you many stats and invests in the minimal amount of march speed.

You can make your way up to the Cage of thorns. If you are fighting in an open field, you would want to have 5 points for open-field control.

Now, let’s talk about the Armored to the teeth. It is said to be extremely good as it provides you with a 4% damage reduction

Last but not least, this build is for gathering, and if you’re using Joan for gathering, you do not need to bring her up to level 60. Start by obtaining superior tools.

Tourniquet and Modified axle are quite good for getting march speed. Then proceed and remove all the troops that are wounded.

After that, make your way over to rejuvenate. At that point, you can get Expert design in order to improve your siege.

The first build is oriented towards either an open field or canyon using a single type of troop. This build works amazingly well. Here we have avoided picking the talent points.

The first thing you should do is to go and get rejuvenated as it generates large amounts of rage. Whenever the secondary and primary commanders utilize their capabilities, a Joan of Arc primary with any other secondary will fire up her skills between every 5 to 7 seconds, which is amazing.

Going to the emergency shelter will give you a chance to reduce further damage. There’s also a counter-attack, so when you hit the heel from the third skill of Joan of Arc, you will get a bit of attack boost for 3 seconds. At this point, if you pair with any commander that does the healing, it will get even better.

Making our way to Fresh Recruits increases normal attack damage. We have also got some March speed which is great in the open field. And to be honest, all the skills in the middle of the tree are not impressive at all.

If you want to use this build in the open field, it is recommended to take one point out of the counter-attack and place it into the march speed. This way, you can get a bit faster around the battlefield.

Today, we will talk about how you can use Commander Joan of Arc in the best and most useful way possible in 2021 in Rise or kingdoms.

We will reflect on the things that make her so unique and powerful. In addition, we will discuss the optimal pairings, talents, etc.

We are going to argue why Joan of Arc is the best commander in Rise of Kingdoms. Though, at some point, she can be compared to Sun Tzu as well. There are other commanders that can replace Sun Tzu, but the same can’t be said about Joan of Arc.

It is amazing how players who have got a lot of choices amongst legendary expertise still choose Joan of Arc to use, believing that she holds a certain value. We’ll also be shedding some light on her skills and how exactly they work.

Next, we will jump into the best talent builds for Joan of Arc and, for your consideration, we will present to you her three different builds. We’ll then proceed with reviewing the order in which you should level her skills up.

The answer to the question “why Joan of Arc still holds an irreplaceable value in 2021?” is that if we take a look at her first skill, Divine revelation, it is a very powerful buff.

It is an area of effect buff, which increases rage gen and also increases stats. This buff is so powerful that almost all the players in Rise of kingdoms use Joan of Arc despite having access to other great commanders.

She is totally irreplaceable even in the open field. She is so good that you can bring Joan of Arc into an open field even if you are in an Arc or Osiris, fighting for the altar of darkness, or some old-fashioned kingdom wars.  Her set of buffs are just amazing.

Though, there are some things that Joan of Arc lacks. These include the March speed, survivability, and tackiness.

Where you can use Joan Of Arc?

Support-bring Joan Of Arc to big fights so you can buff your troops and alliance members. Joan Of Arc is very important part of today’s way of fighting in Rise Of Kingdoms.

Gathering– She is a great gathering commander but I would advise you to build here talents on skill so you can have more benefits in the field fighting.

How to use Joan Of Arc?

For field fighting – Now here you must be extremely careful because you will get focused a lot. People know how much value Joan Of Arc will bring to the field so they will try to nuke it. Problem is that Joan Of Arc does not have defense stats and can be killed easily so you must try to hide here. If you are getting focused try to escape or defend her.

Avoid 1vs1 fighting. She is a bad commander to bring in 1vs1. The only mission of Joan of Arc is to support other commanders.

You have got a lot of options when it comes to the pairing of Joan of Arc. If you’re using her in the open field, people will target her as Joan of Arc is a great commander.

Hence, hiding her as a secondary behind a commander such as Charles or Richard 1 should be a safer option.

If you’re playing in Canton, then it doesn’t really matter if she’s the secondary or the primary.

You can pair Joan Of Arc with any commander that will bring some survivability like Richard, Caesar, Constantine. But pair Joan Of Arc with them only if you are getting focused a lot on field battles. Avoid using siege units with Arc because your troops will melt from damage that you will receive.

Moving towards the absolute best pairings, here are some of the top recommendations:

All these commanders are great for a game mode like open field or canyon. Use her as primary in a mode like a canyon to get more rapid kills fired off.

Let’s have a look at the best pairs for Joan of Arc that you should go with. In a game mode like canyon, you can go with a commander like Scipio Africanus with Joan.

Other commanders that you can pair Joan up with are Boudica, Pelagius, or even Sun Tzu.

If you are fighting in an open field, you might need marches that either give you some buffing or some speed. Going with all the epic commanders, you can choose Joan of Arc primary with Boudica secondary. It is a really great combo.

If you are bringing full archers, the combination of Herman with Joan of Arc is also quite great.

If you pair Joan of Arc and Aethelflaed you will have full support march. Aethelflaed will bring 30% stats reduction to enemy troops and Joan Of Arc will bring Stats buff yo you and your alliance members. But be careful with this duo, it can die fast.

Let’s jump into all the skills that Joan of Arc has, which will make the reasons behind her being so good explicitly clear.

Active Skill
In the next 2 seconds, Joan of Arc grants her own troops and nearby friendly forces a powerful buff that increases infantry units’ health, increases cavalry units’ defences, increases archer units’ attack, and grants additional rage per second.

The first skill, Divine Revelation, in the course of the next 4 seconds, allows her March along with all friendly matches nearby. A mighty buff increases Archer’s attack by 30%, cavalry defense by 30%, and infantry health by 30%.

It also grants you an additional per second 50% rage which means, over four seconds, you get 200 rage. This buff is not as good when she is only buffing her own March. But when she buffs four to five marches, that’s when things get out of hand.

Now we know that health is the best stats in Rise of Kingdoms, and many players like stacking infantry in Sunset Canyon.

The Maid of Orléans

The second skill, The Maid of Orleans, is related to gathering. It increases the troops’ gathering speed and load by 25%. This skill is amazing if you do a lot of gathering.

Passive Skill
Troops’ normal attack has a 10% chance to heal some of the slightly wounded units. Effect can only trigger once every 5 seconds.

The next skill is ‘Holy Refugee.’ This skill has a chance to heal you and a 10% chance to trigger the factor of healing of 450. This is not impressive at all.

By her fourth skill, ‘Saint Your Normal,’ attack damage gets increased by 25%. 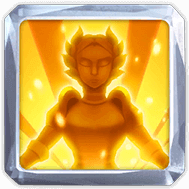 Descent of the Goddess

Enchanced: Divine Revelation
In the next 4 seconds, Joan of Arc grants her own troops and nearby friendly forces a powerful buff that increases infantry units’ health by 30%, increases cavalry units’ defense by 30% increases archer units’ attack by 30%, and grants an additional 50 rage per second.

The skill ‘Descent of the Goddess’ increases the effectiveness of the first skill. It enhances the duration by 2 seconds, and it also increases the buff quality from 40 to 50 for the rage generation. The two-second to four seconds boosts what makes the expertise so good on this commander.

The order of leveling your skills upon Joan of Arc is an interesting debate. You should first max the first skill and then the second skill. Since you are going to do a lot of gathering with Joan of Arc, you really do need to max these two skills.

Joan of Arc is one of the most powerful commanders in Rise of Kingdoms. She has a lot of talents, but using them in effective ways can be quite tricky.

Through the article above, we have explained all the tricks and techniques on how to utilize all of Joan’s talents best.

Which of the following commanders was part of the hundred years war?