The Ages March KVK is by far the worst type of KVK in Rise of Kingdoms. March Of the Ages KVK in ROK may bring you to tears. Avoid it at all costs; it is not worth your time. You will spend the majority of your time walking and constructing forward camps because you cannot teleport to alliance territory. In a nutshell, it’s one of the most boring KVK-s in ROK. In my opinion, they should either remove it entirely from the game or rework it to make it more enjoyable.

March Of The Ages Main Stuff 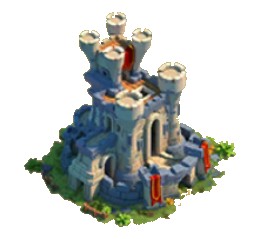 Scouts may come across bastions while clearing fog. Each garrison has a commander and troops stationed there. This season, there are a total of 13 commanders awaiting discovery by governors. 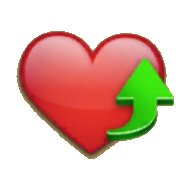 Completing quests from Bastion commanders will earn you Favor and an increase in Crystal Mine work speed. 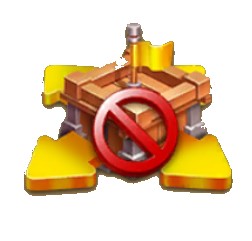 To teleport, governors will need to build and consume Foundation Stones rather than using teleportation items on the “March of the Ages” map. 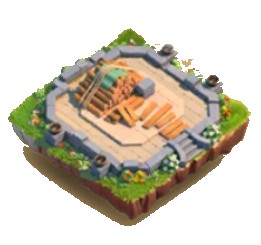 Governors can construct Foundation Stones near Ancient Pagodas under coalition control, which will allow city teleportation to its location once completed. 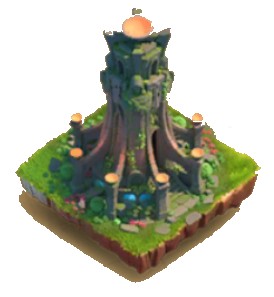 Once adjacent to coalition territory, governors can attack Ancient Pagodas. Pagodas provide a boost to cities within a certain radius. 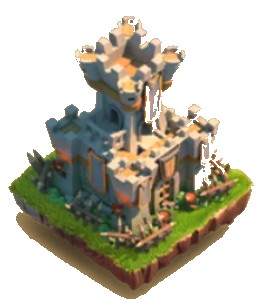 Governors can establish Forward Camps in coalition territory and station a certain number of troops there to assist in battle. On the “March of the Ages” map, Forward Camps play an important strategic role. 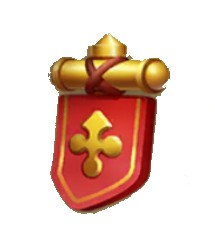 Marching orders can be used to send troops to a Forward Camp. Marching Orders build up over time and cannot be accelerated. 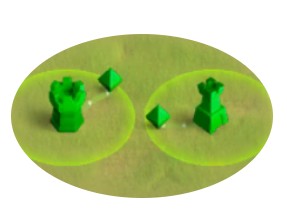 The Supply Radius is a region centered on the Governor’s city or Forward Camps for garrisoned troops. Governors should try to keep their engagements as close to the Supply Radius as possible in order for troops to continue dealing full damage. 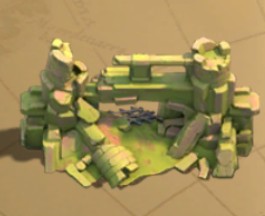 Derelict Passes are scattered throughout the Lost Kingdom and cannot be attacked or traversed. Governors will need to think creatively and strategically about how to get around wherever they appear. 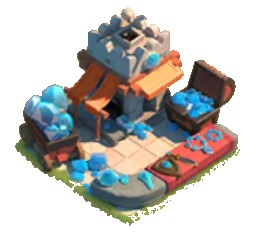 Governors can construct a new structure in their cities after the story begins: crystal mines. 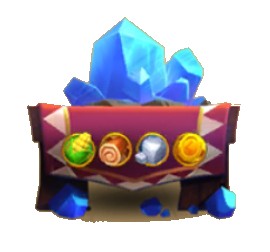 To obtain crystals, you can ‘Work’ in the crystal mines. Working in the mines costs money in the form of food, wood, stone, and gold. 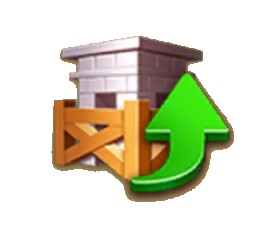 The maximum amount of work that can be ordered will increase as the crystal mine is upgraded. Simultaneously, completing commander-assigned quests will increase work speed. 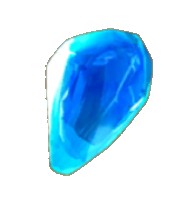 The crystals that can be mined in this area are a valuable resource. Governors can use them to create a path for a whole new field of research. Bastion quests, crystal mines, the “War of Conquest” event, Lvl 41 or higher barbarians, Kahar the Hidden, Lvl 11 or higher barbarian forts, the Premium Season Crystal Supply, and certain bundles all provide crystals. 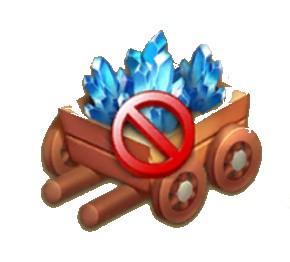 Crystals cannot be plundered by attackers or sent as aid during the story. 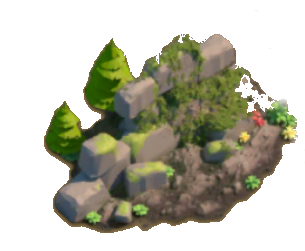 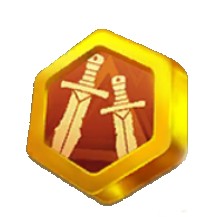 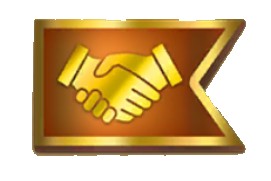 Governors can join a coalition in addition to their alliance (coalitions are created by alliance leaders). To join the same coalition, alliances must be of the same camp. 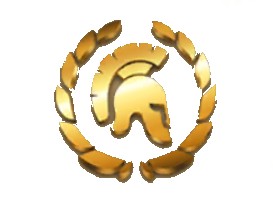 Governors in the same coalition can participate in each other’s rallies and garrisons, reinforce and repair each other’s buildings, grant alliance assistance, and so on. 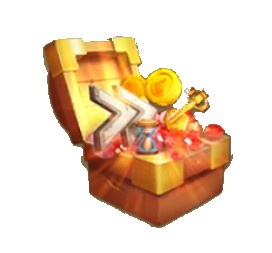 For holy sites and passes, all coalition members will receive first occupation rewards. 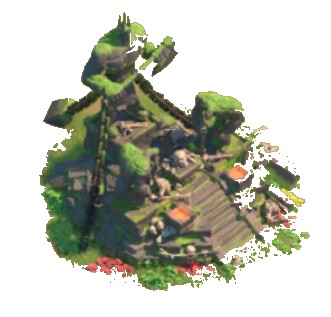 The occupation bonuses from altars of darkness and ancient ruins will be shared by all coalition members. 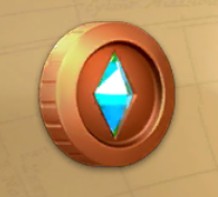 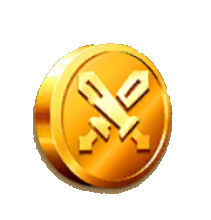 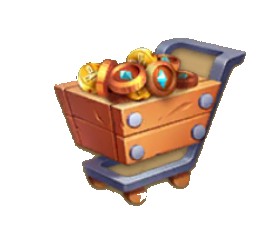 Unused season coins and conquest coins are automatically saved for the following season.

To get a higher quality of map just click on it. 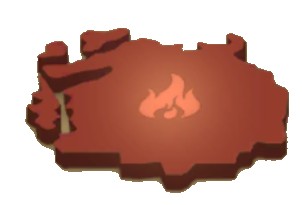 Warriors respond to the king’s call, honoring their ancestors’ covenant. They swear allegiance to the ancestors and the flame as they gather at the flame altar. They will be a raging, unquenchable fire. 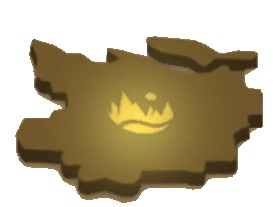 Pious warriors gathered at the earth altar to support their kings, kissing the sacred land in an oath to restore their ancestors’ honor. Their knowledge of the terrain enables them to march with ease. 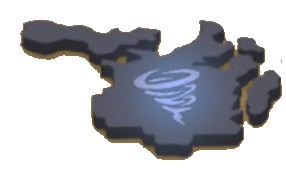 In the eye of the storm, kings lead their warriors to the sanctum. Only those who have survived the winds’ trials are worthy allies. The wind’s blessings are well worth it for those who do.

The warriors gathered at the surge altar on the orders of their kings. They are as relentless and unending as the sea itself, dreaming of huge waves every night. 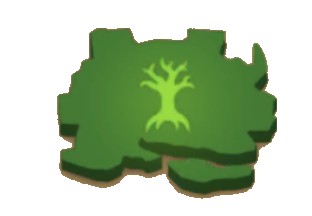 Resolute kings and warriors have flocked to the Sanctum of Hope to gather the leaves from the surrounding area. Their evergreen freshness lasts for a long time and gives those who see it hope of survival, as well as a reminder to look forward to a time of peace. 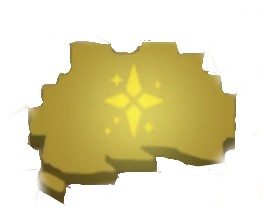 When preparing for a long campaign, kings and warriors will frequently visit the Shrine of Radiance first. After several days of prayer, the dawn will finally break, shrouding them in bright light, an omen of glorious victories to come. 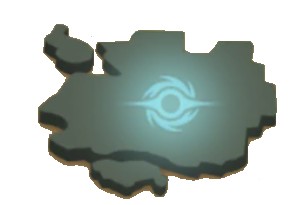 Kings and warriors have flocked to the Sanctum of Courage on the eve of expeditions. Here, the warriors learn to adapt to the darkness rather than fear it. The dark night will be their silent ally in the name of the shadow. 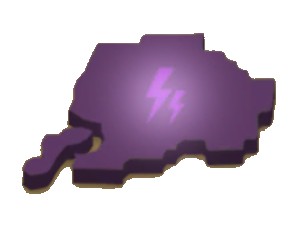 At the Storm Altar, kings and warriors put their weapons to the test. Their weapons and spirits will be mighty and unbreakable after passing through thunder and lightning.

March Of The Ages FAQ

We are very pleased to welcome Governors to a brand-new Season of Conquest story: “March of the Ages” ! “March of the Ages” incorporates several major new elements designed to provide a heightened strategic experience. Naturally, many Governors have come back to us with questions on how best to take on this new story, many of which we have endeavored to address below. We hope this will be helpful and look forward to Governors discovering fresh ways to
harness the new elements within:

Q: Can you give me a rundown of the main differences between “March of the Ages” and other stories?

A: One of the main differences is that the other stories allowed Governors to teleport directly to the front lines for battle whereas such “free” teleportation is not possible here. This has the effect of adding another strategic layer on top of a typical battle of attrition and introduces something of an organizational contest.

That is, each Kingdom will need to think about their opponents and allocate their troops thoughtfully to achieve strategic success. This slightly reduces the overall importance of individual battle outcomes in favor of a more “campaign-style” competition around borders and how to achieve ultimate victory.

Q: If we can’t teleport, then how could we join battles far away from our cities?

Q: How do I build or how should I use Forward Camps?

A: Forward Camps can only be built within Alliance-controlled territory, and each Governor may only build up to 5 Forward Camps. You can build a Forward Camp from the “Build Management” icon within the story event screen. Once built, Governors can then dispatch troops to garrison the Forward Camp, who will be considered part of the Camp. Also, you can supplement garrison troops with additional Camp Reserves.

To put it simply, Governors are free to use such encamped troops for the purposes of fighting, gathering, and defeating barbarians. Governors can direct injured troops to return to Forward Camps and supplement them with Camp Reserves. The quantity of troops within Forward Camps will be practically almost equivalent to the number of troops Governors are able to utilize within a given area.

Q: Where should I build my Forward Camps? What should I look out for when making this decision?

A: Each Governor can build up to 5 Forward Camps, which can be upgraded. Where and how many Forward Camps to build, on the other hand, should largely be based on where you want to invest most of your combat strength.

You could choose to build 5 Forward Camps close together to give yourself a positional advantage over a given area or, on the other hand, you could also spread your Forward Camps more thinly to provide greater assistance to allies. The right strategy for you will depend on your Kingdom’ s current strategic needs and may well be carefully determined by whoever is helping to mastermind your Kingdom’ s overall strategy.

Q: What’ s going on with the green circles around Forward Camps and cities? What’ s it do?

A: The green circles around Forward Camps and the city periphery marks out your “Supply Radius” . Your troops deal less damage in combat the further they are to the center of your Supply Radius. The point of this is to encourage Governors to try to fight battles closer to home rather than empty their camps to engage in far-flung battles, lightening the load shouldered by each Governor. We’ re also aware there are some circumstances where having Supply Radiuses can lead to difficulties in taking out barbarians, and we are currently looking at how to optimize
this.

Q: I find it very strange not being able to teleport at will. I don’t feel comfortable outside Alliance-control territory, and yet l’ m unable to join my allies by teleporting.

A: Governors will need to strategically take over structures called “Ancient Pagodas” within the story in order to construct “Foundation Stones” within the Pagoda’ s radius. Constructing Stones and teleporting your city both take a certain amount of time. Once you’ve constructed a Foundation Stone, then you’ II be easily able to teleport to the radius of another Ancient Pagoda within Alliance-controlled territory, and you can regroup that way.

Q: What are these “Ancient Pagodas”? Can they do anything apart from helping me to teleport?

A: You might want to take a careful and strategic look at the map soon after the story begins to work out where your Ancient Pagodas are located. Ancient Pagodas play a very important role within the story, and are likely to be fought over.

Governors who can dominate the Ancient Pagodas and teleport freely will likely gain an edge in the regions around these Pagodas. The distance between Governor cities and Forward Camps has a decisive impact on the speed at which reinforcements can be replenished, and hence holding Ancient Pagodas closer to your Forward Camps will pave the way for you to reinforce more quickly.

This is one of the core strategic strategies within this story. However, we are also mindful that this setup can make things a bit tricky for attackers seeking to wrest control of an Ancient Pagoda, and we are looking at how to optimize this.

Q: I feel like the story plays out very slowly. Are you going to speed it up or do something about this?

A: “March of the Ages” has something of a heavier strategic emphasis than other stories, as it has slowed down the pace of the game a little. However, we are always looking at all the feedback and suggestions we receive from Governors, and at what we can do to improve stories as they progress. We would also like to thank Governors for supporting our efforts with regards to the story. we are certainly dedicated to crafting new and original modes of play.

Q: Will you be giving out rewards during this process of optimization?
A: Yes, and we will be sending them out to all Governors. Thank you for supporting Rise of Kingdoms!