Julius Caesar is still one of the great legendary commanders in Rise of Kingdoms and with the right talent tree build is used for attacking cities but he is a great tank too. He can be obtained with golden chests so do not use universal sculptures on him.

Gaius Julius Caesar was a Roman politician and general who played a critic role in the events that led the rise of the Roman Empire. Caesar rose to become one of the most powerful politicians through a number of is accomplishments, notably his victories in the Gallic Wars. After assuming control of the government, Caesar began a program of social and governmental reforms, including the creation of the Julian Calendar. His populist and authoritarian reforms angered the elites, who began to conspire against him. On the Ides of March 44 BC, Caesar was assassinated by a group of rebellious senators led by Gaius Cassius Longinus, Marcus Junius Brutus, and Decimus Junius Brutus.

Caesar is insanely good for the new server is Rise Of Kingdoms but with time he will lose some value. When he is maxed he will have small nuking damage of factor 400. I would say that he is a support/tank commander that will boost the damage of nuking commanders and protect them. Caesar is a great commander to have in your collection but I would not suggest that you use legendary sculptures on him. You can obtain him with golden keys. But if you are on the new server you can upgrade hi 2 first skill on 5. Upgrading the rest of the skill with legendary sculptures is not worth it if you are not a big spender.

This pairing is only for early games but later avoids this pair.

Great pairing because Joan will provide some healing, rage, and stat buffs, and Julius Caesar will add more buffs and bring damage reduction so you will be able to survive more on the field.

Similar to Joan but with Athelflead you will be able to do more damage and support at the same time. Solid pair.

Very tanky combo with normal damage. Overall great pair but later in-game you will have better pairs for Martel.

Active Skill
For the next 5 seconds, increase troops’ attack and defense and increase all damage.

Passive Skill
Reduces damage taken by Caesar’s troops. When Caesar’s army has been reduced to 60% or less of his units, he has a 10% chance to further reduce damage taken for the next 3 seconds whenever his troops are attacked. The effect can only trigger once every 5 seconds.

Passive Skill
Caesar has a 10% chance to reduce enemy defense per turn when attacking other Governor’s cities. The effect lasts for 3 seconds. 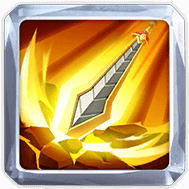 Ahead of His Time

Enchanced: Indomitable Army
Deals direct damage (Damage Factor 400) to the target, and, for the next 5 seconds, increases troops’ attack and defence by 20% and increases all damage by 30%.