Kingdoms taking part in Season of Conquest now have the chance to play through an all-new story, “Desert Conquest”, through the “Pioneer” event. In this story, Governors will experience the new Lost Kingdom, with unique fortress buildings and the prestige system.

Desert Conquest is intended for players who do not have enough time to fight all day. You will be able to use fortresses to place your troops and let another player command with them. If you’re a hardcore player who likes to fight a lot, this KVK isn’t for you.

The most strange aspect is that other camps will be unable to enter your camp’s starting zone. Overall, Desert Conquest  KVK is a good option for players who don’t have time to play or for dead kingdoms who just want to have a good time. The rewards have changed slightly. You will be able to get more conquest coins.

Crystal technology will change in the middle of March, according to developers, and more ways for players to obtain crystal technology will be added. Hopefully, they’ll nerf it so that free-to-play players can have a good time in KVKs. If you despise crystal technology, you can use migration in Rise of Kingdoms to travel to younger kingdoms and play Light And Darkness KVK, which does not have a crystal problem.

You’ll probably get bored with Lost Kingdom Desert Conquest, but you can try to claim all rewards, work on becoming the best commander in Rise Of Kingdoms, gather as much you ca, basically prepare yourself for other KVK’s.

This guide is for Desert Conquest KVK; if you’re looking for another type of KVK, simply click on the name

The Desert KVK map is divided into 4 camps, one in each corner. How many kingdoms each camp will be decided by developers. The amount of power that each camp will have should be similar.

To get a higher quality of map image just press on it.

The Desert Conquest story incorporates the “Sea Of Death” terrain, a realm separated by a vast mountain range, entirely devoid Of resource points and Barbarian Forts. Governors cannot teleport to or build in the Sea of Death.

Sea of Death is the sand part of the map. You will not be able to teleport there or build any building.

The colossal statues around the Sea Of Death will grant bonuses and significant Prestige upon occupation. Occupying Colossi is key to victory.

There are two types of fortresses in the Sea of Death: the “Desert Fortress” and the “Ancient Fortress” , both Of which can be by any camp. Governors must make good use of these two fortifications to progress strategically through the barren waste and occupy more passes, colossi, and holy sites.

A story-specific role, acting as the manager Of a fortress. Any coalition members can choose to assemble their troops at a fortress, which will grant the overseeing general the right to the garrison, assemble, and dispatch such troops within as he or she sees fit. Basically general (player in charge) will be able to use your troops at any time.

Your Prestige Score is a composite of your Individual Prestige, Coalition Prestige and Camp Prestige, and is earned by killing/severely wounding enemy troops or Occupying Colossi and Holy Sites. Obtain significant Prestige to receive a reward from the Crusader Achievements and Honor Roll leaderboard. 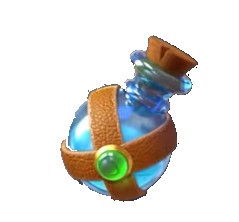 Healing Potions are a new resource type in the story that can be given by Camps to Governors or won via engagements against enemy forces. Governors will have the option of healing severely wounded units in the hospitals through these Healing Potions. Hope that this story will be a unique experience for Governors who have played Season Of Conquest stories such as “Heroic Anthem” and “Strife of the Eight” over the years. To get additional speedups for healing you can use Rise Of Kingdoms Redeem Codes.