Richard is one of the strongest commanders in Rise of Kingdoms. With the right talent tree build and pairing, he will be unstoppable. Richard will provide a good amount of healing, damage reduction, and infantry stats. Overall great commander to have.

Richard I was King of England from 6 July 1189 until his death. He was known as Richard the Lionheart because of his reputation as a great military leader and warrior. Richard was a central Christian commander during the Third Crusade, leading the campaign after the departure of Philip II of France and scoring considerable victories against his Muslim counterpart, Saladin. Rather than regarding his kingdom as a responsibility requiring his presence as ruler, Richard has been perceived as preferring to use it merely as a source of revenue to support his armies. Nevertheless, he was seen as a pious hero by his subjects. He remains one of the few kings of England remembered by his epithet, rather than regnal number, and is an enduring iconic figure both in England and in France

In this in-depth guide, you will learn everything about Richard and why he is one of the best commanders in Rise of Kingdoms. Here you will get information about Richard’s best talent tree, how to upgrade his skills, how to use him etc. This guide is for new and old players.

Richard is a pure tier S commander. He becomes available when your kingdom gets older than 120 days. You must get this commander especially if you are a new player. Now you are wondering why? He is one of the commanders that is great in every part of Rise Of Kingdoms. You can use him for field battles, defending, rallying, etc.

You can pair Richard with any commander in Rise Of Kingdoms. When you are fighting on the field do not run with Richard especially if you have tier 5 units. Richard is great but he is an insanely slow commander. If you are planning to save sculptures use Richard with first skill max or 2 first skills maxed.

His first 2 skills are one of the best in Rise Of Kingdoms and great is Sunset Canyon and for Ruins and they are not specific for infantry. So basically you can use Richard with 5111 or 5511 skills. But I would recommend you to max him if you are in the new kingdom.

One of the best duos for infantry in Rise of Kingdoms right now. I would recommend that you keep Richard as primary commander because you want to use Charles Martel as primary for defending buildings and the city and Richard damage debuff is faster than Richard shield. The best is to keep Richard’s talents on infantry build and Charles Martel On Garrison. On open field fighting if people know how to play they will not focus you. If you get swarmed by 5 or more troops you will do more damage because of counter-attack if the enemy is not so much stronger than you. And one more tip is never run with a full infantry march because you can not escape and you will lose so many troops for nothing. While you run you do not generate rage. 1vs1 fighting is not worth it, you want your Richard to get swarmed for counterattack damage.

This one is the best AOE duo for infantry because you can hit 5 targets at the same time now and with Richard heals you will have troop count high all the time so you will make more damage. Richard counterattack will help so this is the best combo if you want to tank and make a good amount of damage. So do not be scared of going in group fights with this combo. It’s a great combo for Ark of Osiris because you will have group fights all the time.

From testing Richard with Eulji I can tell you that Sun Tzu will perform better than in every situation. But if you don’t have Sun Tzu max, go with Eulji.

This is a tank and support pair. You will use Constantine as the primary commander because of the skill talent tree and Richard as the secondary commander. This is a super tanky duo and you will support troops on the field all the time. Overall great pair.

I have no words for this duo. Strongest field duo in Rise of Kingdoms. Insane counterattack, heal and damage from Alex. If you are F2p it’s hard to get this duo but if you are p2w you must have it, it’s so strong. And the bonus is that you will help your teammates with a shield from Alex

When you start playing Rise of Kingdoms you will dominate with Richard but later 3 great counters for Richard will be released. But that does not mean that he is not good. He will still perform well.

Saladin is a great counter for Richard. Saladin when is expertise will rescue healing by 50% for five seconds and that is a lot because healing makes Richard an extremely good commander.

Alex will also reduce the healing effect by 30% for five seconds. Now when you add Saladin and Alex healing reduction your Richard will have a lot of problems.
Ramses is one of the best counters for Richard. When Ramses uses skill it will completely stop Richard healing for 2 seconds.

When you unlock Richard you have to invest all in his first skill. When you are done you will max his secondary skill. These 2 skills are the best for him. Now you stop here if you want to save your legendary commander sculptures or you can go and invest in other skills.

Third skill is also great so go for it after you maxed 2 first skills. When it comes to the fourth skill it is not that great but you will have to max it if you are planning to unlock expertise from Richard.

Soul of the Crusaders

Active Skill
Heals some of the slightly wounded units (Healing Factor x) in Richard’s army. Adds a debuff to a maximum of 5 targets in a fan-shaped area. (Debuff effect reduces damage dealt by x% and march speed by x% for 2 seconds.)

This skill is one of the best in Rise Of Kingdoms. First, it will deal nice damage to a single target. Also Can apply a debuff to 5 targets and that is a lot of targets that are getting debuffs. That is why Richard is great against swarms. It is damage reduction which is great. So all damage like nukes and normal attacks will be reduced by 30%. We know that Richard is using infantry troops so a 15% march speed reduction will help him against an enemy that is trying to escape

One more skill that will reduce damage taken by 15% which is great for a field battle. Also, this passive skill will add a 10% counter attack bonus which is great when you are getting attacked by more enemies. Basically anti swarm skill.

The third skill is for infantry units and it is great. it will provide you a lot of stats. In total, you will get 30% bonus stats which is huge on new kingdoms where your technology is low.

This skill is ok but not that great so there is not much to talk about it. 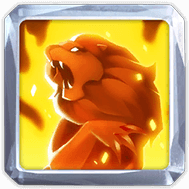 Reduces all damage taken by 5% and increases damage dealt to cavalry units by infantry units by 2%. In addition, every 10 seconds, decreases target march speed by 50% for 5 seconds.

This skill is ok for new kingdoms but later it will not give you much. Richard is special only because of his first 2 skills.