Are you stumped as to how to build a successful Minamoto Yoshitsune in the Rise of Kingdoms? You’ve come to the correct location. We have some extremely good functional builds that you may use if you haven’t maxed Minamoto yet and want him to perform at his best on your route to victory.

In the Rise of Kingdoms, Minamoto no Yoshitsune, a formidable nuking commander, is one of Japan’s best military leaders. You could gain 10 Minamoto no Yoshitsune Sculptures by spending any amount of money in the game if you were able to achieve the First Recharge Bonus. If not, you can still buy at least 10 of his sculptures from the VIP Shop.

By selecting the greatest skills for this commander, this Minamoto Talent Tree Build Guide will radically transform it.

You’ll be able to summon him once you’ve collected 10 of his statues. However, only Pay to Play players in the game get access to this commander.

It’s because golden sculptures won’t let him use his power. At the VIP Shop, each of his sculptures will set you back around USD 350–400. The bulk of players have dubbed him “Moneymoto” due to his high cost.

After all, once you’ve maxed out Minamoto’s skills and built him up to his full potential in the Rise of Kingdoms, he’ll be a lethal force on the battlefield. But don’t worry; you’ll be able to transform him into a fearsome nuking cavalry commander.

Minamoto is one of the purest nukers, yet he can also work with a Cavalry commander and protect against PvP attacks. The builds for him detailed here focus heavily on his nuking abilities and match well with Cavalry or Peacekeeping, depending on your goals.

When you start Minamoto up, he obtains a new skill called Order of Competence. Because not all skills are created equal, this allows you to fine-tune the order you want to improve your skills.

This enables you to spend your sculptures more wisely and get the greatest value for your money.

Minamoto is the best ROK commander for a new players in Rise Of Kingdoms. The only problem with Minamoto is that the only way to get him is by spending money. For new kingdoms, it’s worth to buy him but for older kingdoms no. If you are a new player this commander will help you a lot. With Minamoto, you can destroy forts easily, barbarians and you will do an insane amount of nuke. For the old kingdoms, Minamoto is not so great when you compare him to nukers like G.Khan. So invest in him only if you are a new player.

Level 8: Insight should be your first talent to unlock, as it reduces the number of action points required for each attack, making it an excellent long-term investment.

Level 26: Go to the skill tree and select Rejuvenate. This will restore wrath with every skill and keep Minamoto’s rage engine running. You’ll also pick up several very valuable abilities along the journey, such as Burning Blood (even greater wrath) and All For One (adding active skill damage)

Level 50: Now is the time to complete the skill tree and obtain Feral Nature. This will increase your anger generation to absurd levels, and you’ll pick up more skills along the road that will improve your skill damage and troop numbers.

Maxed: now spend the remaining points on the Peacekeeping Tree, as shown in the image, and then go to the Cavalry Tree for the additional march speed.

This is a robust build that will provide you a lot of pleasure when attacking forts.

What Is the Best Open Field Build?

Level 20: First, use the Peacekeeping Tree’s enhanced march speed, and then head to Rejuvenate. That extra wrath is useful early on, and it will also benefit your troops.

Level 28: Go to Undying Fury in the Cavalry Tree for extra wrath, plus you’ll be getting down that tree anyway, so this is the best option.

Level 60: Rallying Cry is the greatest option here, as I indicated earlier, because conflicts are usually brief, and you’ll get a substantial bonus from it. All of the additional cavalry bonuses, such as reduced skill damage, are a nice addition.

Max Level: Now is the time to improve Minamoto’s resilience, as he can be a touch squishy at timWith their talents adjacent to it, I’d recommend spending the remaining points on Heraldic Shield and Tactical Mastery.

There is a lot of Minamoto pairings in Rise Of Kingdoms but not all are that great.

Boudica and Minamoto are one of best duo for barbarian forts killing. You will use Minamoto as primary and Boudica as a secondary commander. All you need is Minamoto’s first skill and with Boudica nuke, you will melt barbarian forts. In this pairing you can use Boudica talent tree build for more rage and damage against barbs

Cao Cao and Minamoto is one of the best nuke pairs in games. The amount of nuke is insane and if you see archers on filed focus them. They will melt from damage . This duo you can use for killing barbarian forts. Use Minamoto no Yoshitsune as primary and Cao as a secondary commander.

Pelagius will provide defense and some healing and Minamoto will nuke targets. Do not kill forts with this combo because it will be slower. It better is to use Boudica and Minamoto. If you are planning to use this pairing for PVP use the Pelagius talent tree.

G. Khan and Minamoto is pair that will deal insane nuking skill damage. Overall great pair to have.

So, what exactly does that imply? First, you need to max out Minamoto’s first skill (Kyo Hachiryu) before starting him up.

You should certainly push him to 2 Stars from here and then max out his second skill (Trial in Kurama-dera), which is similarly an attack-oriented skill.

The first piece of advice for your Legendary Commanders is never to utilize the 4-star trick on them. Always remember that rushing can backfire, so upgrading your commanders carefully and precisely is the best way to go.

We’ll concentrate on Legendary Commanders in this article because collecting such powerful and talented Legendary sculptures is quite tricky. You don’t want to waste your hard-earned sculptures on your favorite commanders.

Other sculptures are much easier to come by in the Rise of Kingdoms, allowing you to correct your faults swiftly. As previously stated, the 4-star technique should not be used on Legendary Commanders, but it can be used on your gathered Commanders.

If you’re new to the game, you might not realize that each Legendary Commander has four primary abilities. It also has the fifth skill, but it is locked and can only be opened if all of the other skills have been maxed.

If you opt to use the 4-star technique to unlock 3-4 Legendary Commander talents simultaneously and then want to upgrade the skills, you can upgrade any non-maxed skill.

The lowest talent may be upgraded, leaving the most vital skill behind. Simply put, if you acquire four skills at once, your chances of upgrading the third skill to the max are greatly increased.

The ideal strategy is to improve your commander’s initial skill, which is the most crucial. As a result, having greater fighting skills gives you additional benefits, allowing you to do more damage and buffs.

Also, if your Commanders are only used for gathering and have little possibility of activating their initial skill, unlocking subsequent skills is unnecessary. Because the 3rd skill is largely for fighting barbarians,

We would advise you to take Minamoto from 2 to 4 stars before investing any further time in skill so that you can receive lucky procs on his 4th talent (Warlord) and skip some points in the 3rd skill.

It’s not a huge difference if you plan to specialize in Minamoto, but with so many F2P players utilizing Minamoto, we prefer the skill sequence above (first 1 star, then two stars, and then four stars).

A great amount of nuke and this skill makes Minamoto one of the best nuking commanders for new kingdoms. For old kingdoms it is ok.

Cavalry attack bonus of 20% will make your Minamoto stronger. It’s always good to have more damage and this skill makes him a pure cavalry commander. So use cavalry only and if you are making a cavalry rally kick all players who are joining with wrong troops.

Passive Skill
Increases damage dealt to barbarians by troops led by this commander.

This skill is insane. 50% bonus damage to barbarians will melt any fort that you attack. Like with 200k of t5 units you can kill level 5 fort solo.

Passive Skill
Troops’ normal attack have a 10% chance to increase damage taken by the target for the next 3 seconds. Effect can only trigger once every 5 seconds.

10% chance is low but if you get that 30% damage take it will be insane. A great skill for barbarian forts and barbarians. 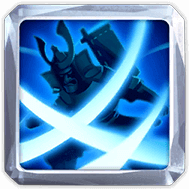 Minamoto’s initial skill, Kyohachiryu, is one of the most powerful damage-dealing skills in the Rise of Kingdoms, out of all the commanders’ skills.

Trial in Kurama-Dera, his second skill, and Warlord, his fourth skill, both boost his nuking ability by increasing the attack of his cavalry force and the damage sustained by the adversary, respectively.

Consider how much damage he can cause to a target if both of these buffs and debuffs are active while he utilizes his talent. It will surely deliver a lethal blow to the target.

This build will mostly focus on his nuking abilities because he has so much nuking potential. If we don’t unleash his maximum nuking capacity, it’ll be such a waste.

If we do, your opponent should expect a large number of troops to be lost.

Minamoto is an outstanding PVP commander as well as a terrific PVE commander.

Master of Kendo, his third talent, dramatically enhances his damage against barbarians and neutral units. He’ll be even better in PVE than he was in PVE.

Minamoto’s abilities alone suggest that he is a fantastic nuker. Due to his ability to provide high burst nuking damage, he excels at nuking despite his lack of rage restoration.

Minamoto no Yoshitsune was a military commander of the Minamoto clan of Japan in the late Heian and early Kamakura periods. During the Genpei War, he led a series of battles which toppled the Ise-Heishi branch of the Taira clan, helping his half-brother Yoritoomo consolidate power. In year 1189, Fujiwara no Yasuhira, the son of a trusted ally, fearing of the pressure from Yoriomo, betrayed Yoshitsune, surrounding his Koromogawa-no-tachi residence with his troops, defeating his retainers, and forcing Yoshitsune to commit seppuku. Yoshitsune is considered one of the greatest and the most popular warrior of his era, and one of the most famous samurai fighters in the history of Japan.

He’s undoubtedly one of the game’s greatest nuking cavalry commanders. Aside from that, he is the game’s most straightforward Legendary Commander to unlock.

As a result, he is unquestionably a commander whom his foes fear and in whom it is worthwhile to invest!